Update cookies preferences
Great Mystery Publishing
THE MYSTICAL TRADITION OF BABE, THE PIG
By Philip and Stephanie Carr-Gomm
Excerpt from The Druid Animal Oracle – Working with the sacred animals of the Druid tradition 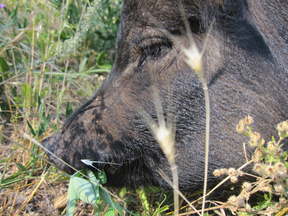 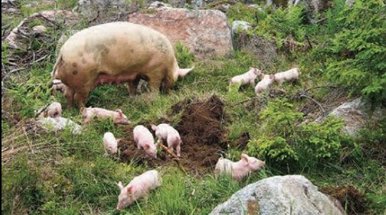 INTENSIVE PIG FARMING - Excerpt from "The Source of Life" by Sarina Damen
`A righteous man regardeth the life of his beast' - Proverbs xii, 10 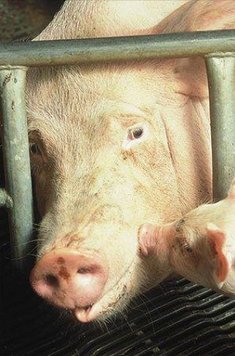 Farrowing crates,stalls in which sows give birth, are often so restrictively small, that the larger animals frequently do not have enough room to rest their heads on the concrete floor. These creatures only alternative is to lay their head on the drinker. To do this they must endure the constant dripping of water on their heads; a similar process of dripping water is used in Chinese water torture!  Some pigs are also tethered by a small length of chain to further restrict their movement. Some piggeries do not insist that their employees deliver piglets wearing gloves, the result of this unhygienic practice is that many sows die slowly and painfully from septicaemia.

`Forget the pig is an animal. Treat him just like a machine in a factory. Schedule treatments like you would lubrication, breeding season like the first step in an assembly line, and marketing like the delivery of finished goods.' - Hog Farm Management (USA).

Due to the harsh, unnatural conditions these sensitive intelligent creatures must suffer, pigs are literally driven mad. The resultant neurotic behaviour includes the chewing of bars and chains, waving their heads back and forth, and trying to bite off each other's tails. The pork production engineer's solution to the latter problem is to cut off their tails. Tail-docking is performed when the pig is two days old without pain relief. After the procedure, which causes the piglets severe pain, their rear end bleeds profusely. Often unqualified farm hands perform tasks such as giving iron injections, tail-docking and teeth clipping - another procedure which is performed two days after birth without anaesthetic causing extensive bleeding, sometimes death.

Stalls at some piggeries are coated with lime to help prevent scour (diarrhoea). The lime frequently comes into contact with the animals sensitive skin, irritating the sows' udders and causing the piglets skin to peel. It is not uncommon for piglets to die from this condition.

A number of piggeries have also become notorious for their physical abuse of animals - treatment which ranges from the kicking of sows in the udder to transfer them to farrowing crates, to beating them with iron bars. (Publishers Note: Recent examples of inhumane treatment of pigs by the meat industry caused the closing down of a slaughter house in New South Wales, Australia. The graphic clip can be found on page two of The Real Life of Babe.) 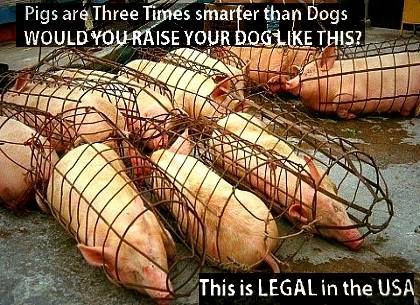 `The animal world is a manifestation of God's power, and demands respect and consideration. The desire to kill animals, unnecessary harshness and callous cruelty towards them, must always be condemned.' - Pope Pius the Twelfth
Pictured below, a Happy Ending For Some Pigs, rescued from factory farming to live out their lives in a loving, and healthy environment. 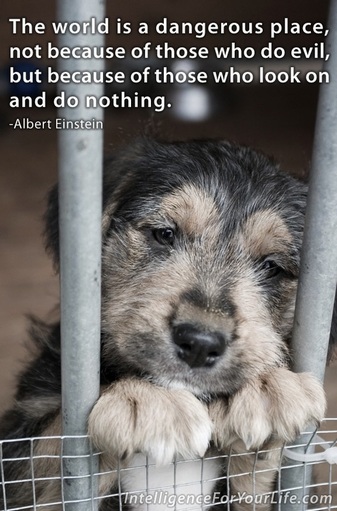 Excerpts "The Ethics of What We Eat" by Peter Singer and Jim Mason
and "Introduction to Animal Rights" by Gary Francione.
*In 2009, 20 billion sea creatures were caught and killed for food in the US alone. Hardly surprising that scientists have estimated that our oceans will be empty of fish and other oceanic food sources within the next fifty years, unless we change our approach from taking so much from the oceans that it cannot replenish its stocks. No wonder shark attacks are going up. They, like all other sea creatures, haven't enough food to eat.
YOUR FEEDBACK
comments powered by Disqus